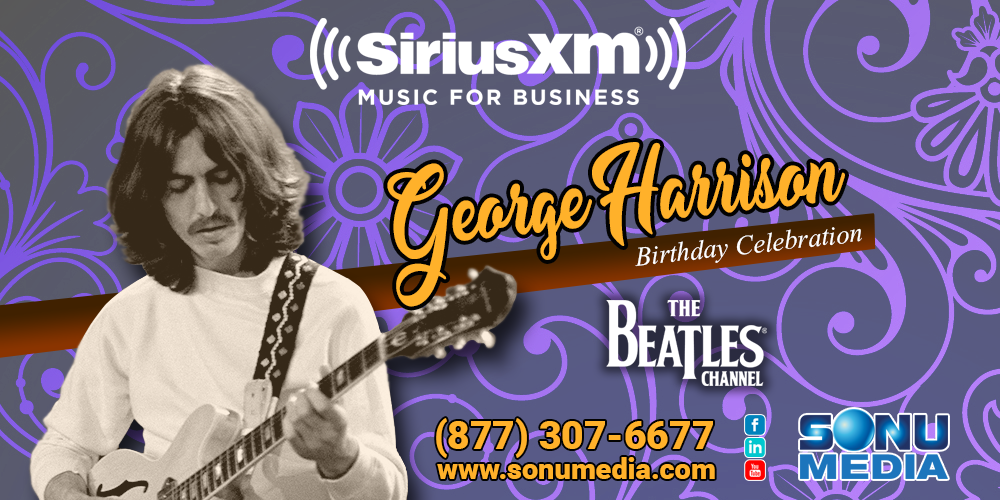 George Harrison is celebrating his 76th birthday in 2019, and SiriusXM is on-deck to make it one we can all celebrate together! Special broadcast events include an exclusive show hosted by George Harrison’s son, Dhani Harrison, feature playlists of George Harrison music, live recordings of George Harrison performances, and reflections on his legendary life and experiences. Catch every moment of this exclusive birthday tribute on SiriusXM “The Beatles Channel” (CH 18), starting February 22nd, 2019.

Listen to George Harrison’s tribute concert on the first anniversary of his death in 2002.

Saturday, February 23 at 9am ET

A live recording of the iconic concert at Madison Square Garden with Ravi Shankar in 1971.

Documentary of the Concert for George:

Hear a special broadcast of the documentary about the legendary tribute concert in 2002.

Saturday, February 23 at 1am ET

Don’t miss a special about the 40th Anniversary of George’s self-titled album, featuring an interview with the album’s producer, Russ Titleman.