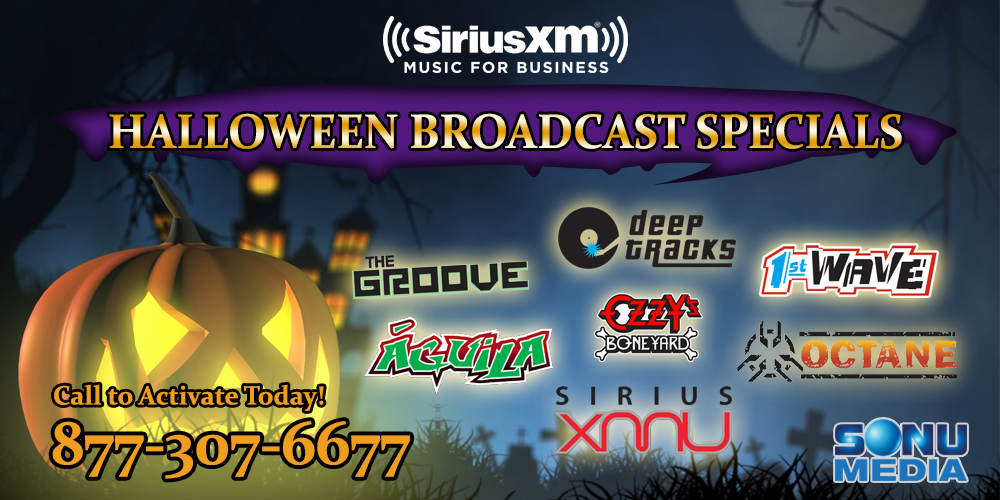 SiriusXM Halloween themed music continues with special broadcasts all the way through October 31st! A ghastly lineup from seven different channels, including Hard Rock, Metal, Indie, 80s, and Spanish. Tune in to Ozzy’s Boneyard, Deep Tracks, 1st Wave, SiriusXMU, Octane, The Groove, and Aguila for some extra special Halloween themed broadcasts and hosts. We’ve put together a full list of spooky special music and interview broadcasts for you below. None other than Gene Simmons from KISS is giving you a full hour of his secret sinister playlist for All-Hallows-Eve 2018. Be prepared for horns and head banging!

Join the deep voice of Earle Bailey as he brings you the Halloween music mix you can count on. Tracks from artists like John Fogerty, The Hooters, and Frank Zappa tossed into the cauldron with holiday favorites. Let’s do the Time Warp again!

Spend your Halloween pre and post show with the rebel himself, Billy Idol! Billy will be taking you on a rocking tour through his creepy bag of Punk and Alternative for an entire hour.

Tune in on Halloween to enjoy spooky Indie covers all day, and all night long!

Wednesday, October 31 at 5am to midnight ET

A very special hour-long broadcast celebrating Dia de Los Muertos! Expect some of the biggest and best regional Mexican music from artists who have passed on.

Tun-in to celebrate Halloween with Dr. Funkenstein himself! Join George Clinton for his extra special Halloween playlist broadcast on The Groove.