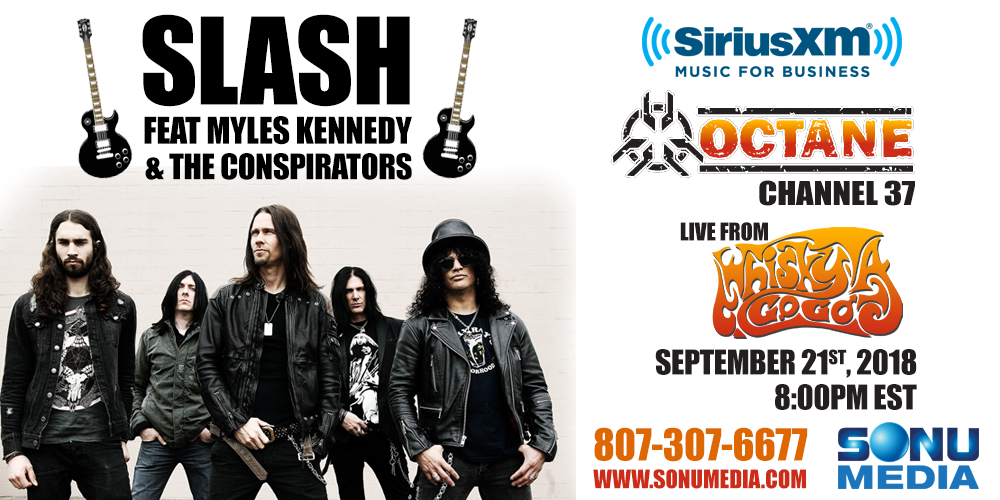 Slash is everyone’s favorite top hat and sunglasses wearing Rock and Roll guitarist from the legendary band, Guns N’ Roses. Although, the brooding mythical axe shredder has been making waves on his own now for quite a while. Since 2008, Slash has been recording and touring solo albums along with Myles Kennedy (Alter Bridge), Todd Kerns, and Brent Fitz. The project billed as Slash featuring Myles Kennedy and The Conspirators.

Since their formation, Slash featuring Myles Kennedy and The Conspirators have released two albums. Apocalyptic Love in 2012, and World on Fire in 2014. Now, Slash is releasing a brand new album with the band entitled Living the Dream. The album is set for release on September 21st, 2018, and will be released in partnership with Roadrunner Records on Slash’s own music label, Snakepit Records.

The release of any new Rock and Roll album can only be properly celebrated with a live performance, and Slash would never disappoint. Slash featuring Myles Kennedy and the Conspirators are going to be performing a very special intimate show exclusively for SiriusXM subscribers at the legendary Whisky-A-Go-Go in Los Angeles. The boys will be playing tracks from the upcoming album, as well as songs from both Apocalyptic Love and World on Fire. The concert will be aired on SiriusXM’s Octane (CH 37), the best place for new hard rock on SiriusXM Music for Business. Tune in on September 21st, 2018 at 8PM EST to join in with your staff and patrons.