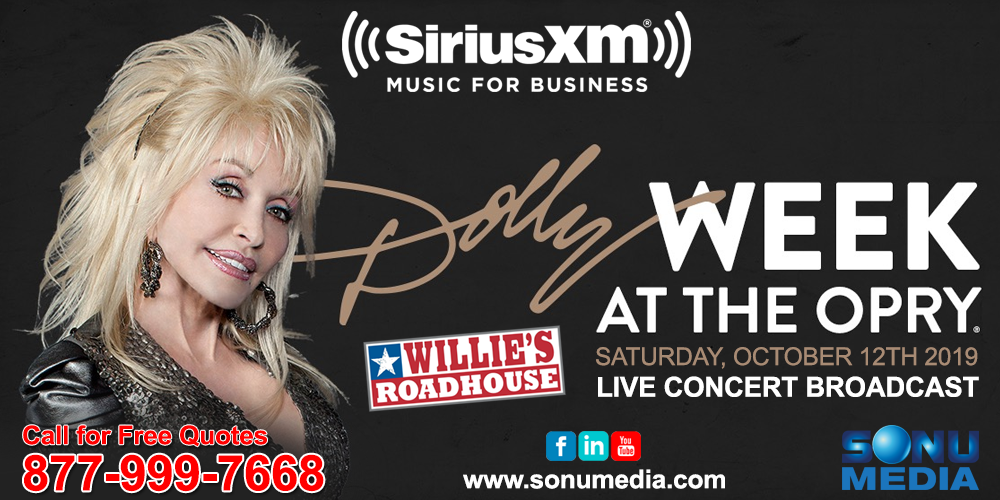 Dolly Parton is celebrating her 50th Anniversary of being a member on the Grand Old Opry in Nashville, TN! In honor of this iconic American Singer/Songwriter, the Grand Ole Opry has dedicated an entire week to the life and music of Dolly Parton, and SiriusXM is here to help you participate. On Saturday, October 12th at 9pm ET, a very special live concert will be taking place at the Opry to properly capture the importance of this musical milestone. Tune in to “Willie’s Roadhouse” on SiriusXM Channel 59 to hear live performances from Dolly Parton, Toby Keith, Lady Antebellum, Margo Price, Hank Williams Jr., Jeannie Seely and more.

Founded in 1925, The Opry is the longest-running radio program in U.S. history. It is popularly known as “The Show that Made Country Music Famous” around the globe, and attracts hundreds of thousands of country music fans every year. Becoming a Performer Member within the Grand Olde Opry is no easy task, as it requires an official induction after maintaining regular performances. Dolly Parton’s 50th Anniversary of membership is truly a historic milestone in Country music history.

“It was always my dream to be on the Opry,” Parton recalled last year. “I actually got to sing on the Grand Ole Opry when I was about 10 years old. I officially became a member back in 1969 and I cannot believe next year I will celebrate 50 proud years of being a member of the Grand Ole Opry!”