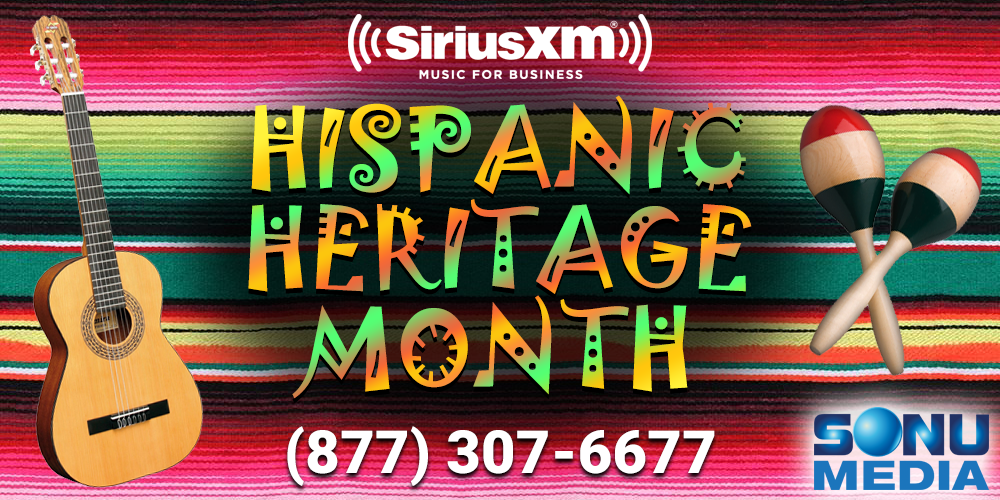 Hispanic Heritage month begins today, September 14th, on SiriusXM Music for Business! Enjoy a full month of exclusive Spanish music, interviews with major Spanish musicians, and performances by some of the biggest talents in world Hispanic culture. Tune in to the great list of Spanish music channels below, and hear special broadcast events including stars such as CNCO, Lele Pons, Gilberto Santa Rosa, Juanes, and more!

Unique interviews and performances celebrating Hispanic Heritage Month 2018 can be aired in your business on SiriusXM’s Caliente, Águila, La Kueva, Caricia, Rumbon, and Flow Nación. Six of the amazing 8 licensed stations dedicated to Spanish music and Hispanic musicians. Highlights of this month long event are listed below with broadcast details. Tune in at your business, and appreciate Hispanic culture with your patrons and staff.

Hear the best of Latin music from the 1960’s on “Caricia” all month long!

Tune in for all the greatest tracks from Hispanic music released in the 1970’s.

It’s a full month of Grammy Award Winners and Nominees hosted by Los Cafres! Join in on “La Kueva” to special broadcasts from artists including Vega, and a world premiere from Locos por Juana.