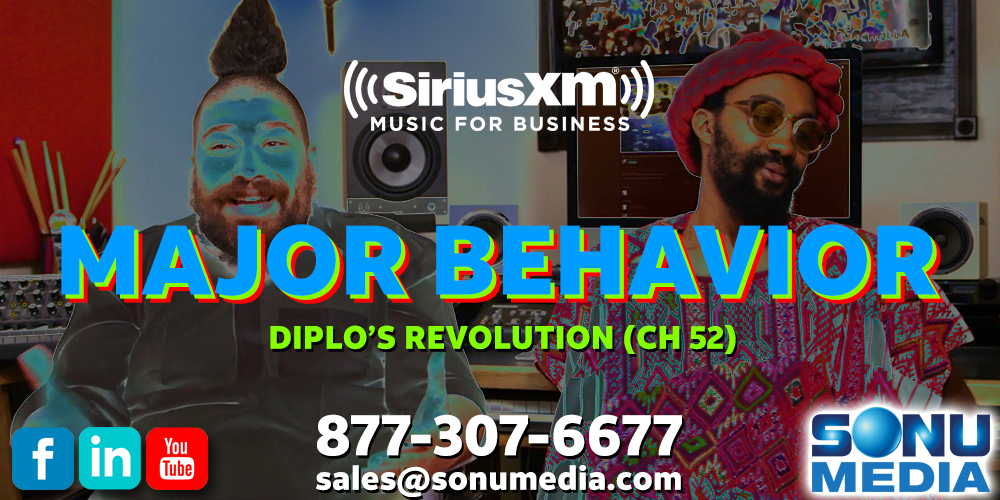 Josh “The Fat Jewish” Ostrovsky has a worldwide reputation for being one of the most awful social commentators under the sun, but the man certainly has a ton of friends in high places. Ostrovsky is now teaming up with long-time friend Diplo, and bringing “Major Behavior” to Diplo’s Revolution (CH 52) on SiriusXM Music for Business. Major Behavior, named after the Major Lazer cover band comprised of Josh Ostrovsky and DJ Maachew Bentley, will air every Thursday from 3pm-5pm ET. The show promises quite a lot of world dance rhythm clout, having hosted previous interviews with the likes of Paris Hilton, Cardi B, Steve Aoki, Galantis, and Silk City (Diplo & Mark Ronson).

Tune into “Major Behavior” on SiriusXM Music for Business – Diplo’s Revolution (CH 52) to hear all the crazy antics from The Fat Jewish and friends. Pop culture commentary, celebrity interviews, and the world of dance music through the words of Josh Ostrovsky.